Today’s prompt for #TheAugustBreak2018 is “Happiness Is…”

Oh, you know, a lot of things are happy things for me.  I’m basically a pretty easy going person.  For the sake of the prompt though, I’m going with Happiness is Concert going.  I bet you could have guessed that.

We went to a concert last night at one of our favorite places, The Mountain Winery in Saratoga.  The view is stunning when there isn’t so much haze from the fire smoke.  The weather was outstanding.  Warm but not too hot.  I had a sleeveless dress on and did not need a cover-up all night.  The bands we saw were oldies:  Tommy Tutone started off, followed by Greg Kihn, then Loverboy and the headliner was Rick Springfield.

Of course we have to have our concert photo to prove we are having a good time. 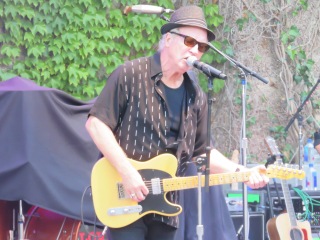 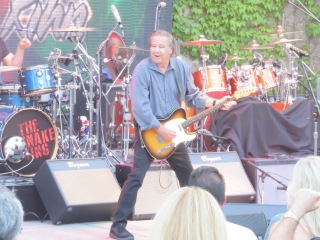 Everyone knows Jeopardy and the Break Up Song. 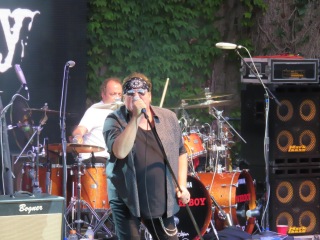 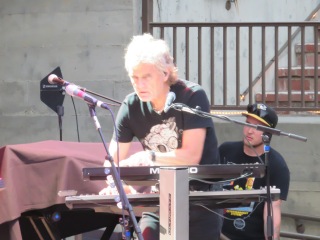 Finally it was time for Rick Springfield.  This guitar was on the stage before he started.

I think I was too old for him because when he was big on the Soap Opera General Hospital I was working during the day and while I knew the song Jessie’s Girl, I wasn’t really over the top in love with him.

He does look good for 69 though and when he took his jacket off the girls were screaming.

This hard working drummer played with 3 of the 4 bands.  Loverboy had their own drummer. 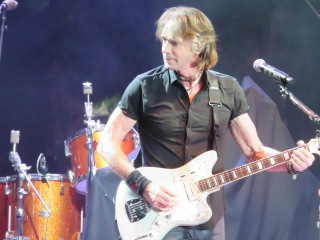 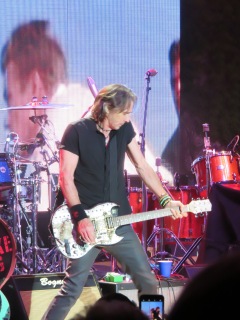 After the show, Mars was visible in the night sky.

I did get some video of each of the bands and I’ll be checking the quality and putting them up on my YouTube channel.  I’ll let you know when they’re there, or you could “favorite” me and then you’ll get a notice 🙂
How about you?  What does Happiness mean to you?  Do you remember these bands?  Have a favorite?  Love to hear about it.