Watch – I have a love/hate relationship with TV.  I try not to watch too much nowadays because there are SO many other things I’d rather do.  But, there are a few shows that I really like and I could just spend the whole day watching them, one show after another.  Most of them are on Netflix, so I CAN spend the whole day watching them back to back.  I did that a couple of times when my husband was taking extended trips to take care of his mother in Oregon.  He was gone for weeks at a time so there was no question about who would control the remote.  Plus, I could watch it on my laptop and therefore work in my craft room at the same time.  That was heaven…(Hey hon, are you sure your mom is okay?  Maybe it’s time for you to go visit her again???) Just kidding (not really) – am I??

I watched:  Grace and Frankie.  What a great show.  Love the interaction between the two women and it was hard at first for me to think of either Martin Sheen or Sam Waterston as gay.  I have a few episodes to catch up on with this one. 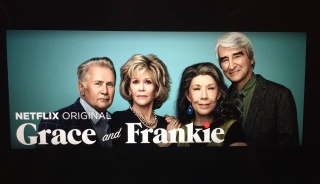 I watched:  The Crown.  Love the history of the Queen.  I have a lot left to go on this one.  I hate getting behind but…you know, life.

I watched:  Downton Abbey.  I have loved those English series types ever since I was young.  I was able to finish this whole series in a couple of days over a weekend.  The house didn’t get cleaned but it was just me so no big deal.  It reminded me of the Upstairs Downstairs series when I was a teen.  This is the one I started with and that’s when I understood what binge watching was and why it is so dangerous.

As far as regular TV goes, Giants baseball tops anything else.  When they are on I’m there.  Sad to say they didn’t do as well this year as we had hoped but I never stopped watching.  I’m watching the playoffs now but only to root against the Yankees and the Dodgers.  (Sorry if you are those fans).  The Yankees are out of it now and so I say GO MILWAUKEE!  I also say Joe Buck sucks, but so do a lot of other people.

I like to watch Cash Cab with Ben Bailey.  I think it is good to stretch your mind with these trivia questions.  I like to see the reaction of the people when they get in the cab too.  We’ve seen Ben Bailey in person a couple of times when he came to Cobbs Comedy Club in San Francisco. 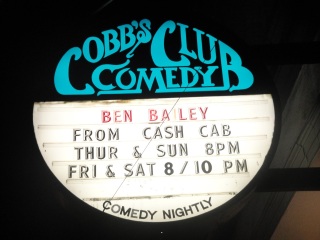 If I’m really lazy and bored I’ll watch Big Bang Theory reruns and sometimes Family Guy on late night but most of the time I’d rather go to bed and read.  How about you?  What’s your “watch” list?  Any other Netflix shows I should put on my queue?

31 Things is an old series from Ali Edwards but it is still available on her site if you think you might want to do something like it.  She also has a 31 More Things which I’m going to give a try in another couple of months.  Ali is really good with helping you to explore your life from all angles.  She did a class I took last year called One Little Word, where you explore your word of the year (if you choose one) in all different ways in order to keep it fresh for you.