Well, I’m excited about the #JusJoJan prompt for today, “Memento,” as suggested by Tara from Daisy Smiley Face (cool blog name isn’t it?)

This is one of those times when I feel like I can safely showcase some of the things I do since “Mementos” are a specialty of mine.  As I was remarking on one of the other blogs today, every time I make something, whether it is to give to someone I know or to sell to someone I don’t know, I try to make it a memento that they will want to keep rather than just look at and throw away.

One of the first things I made is a little mini-album for some friends of ours.  We had gone to a concert together and I of course took pictures.  I put this little memento together for them.  It is made using paper bags.

We had a tailgate party in the parking lot before the show. 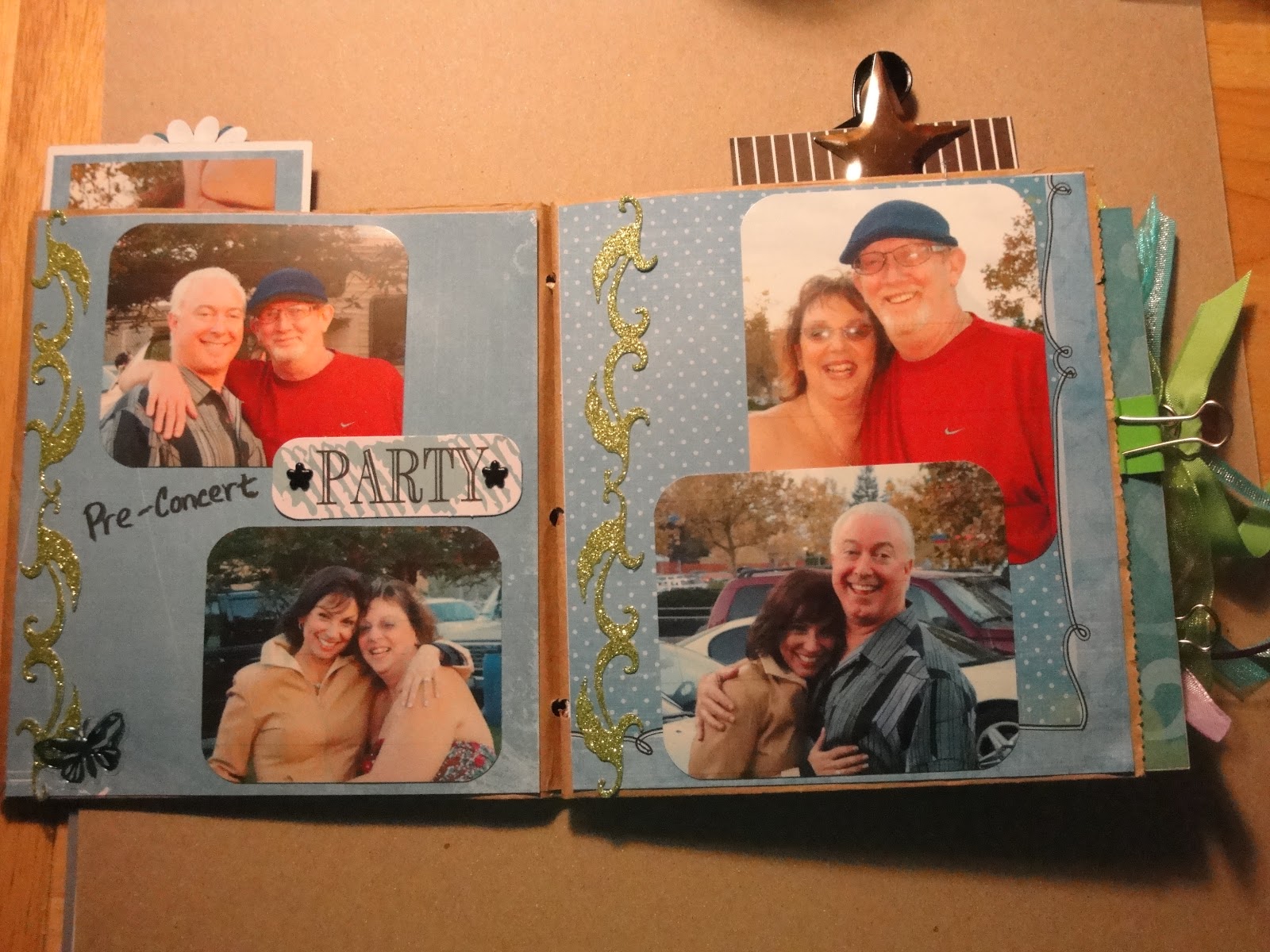 I included some pictures from each band we saw:

There are little things that pop out from the top and pockets.

And I included a set list of the songs each group sang.

The back cover.  This little memento isn’t going to take up much space but it really shows the fun we had that night.  I’m pretty proud of the way it turned out. 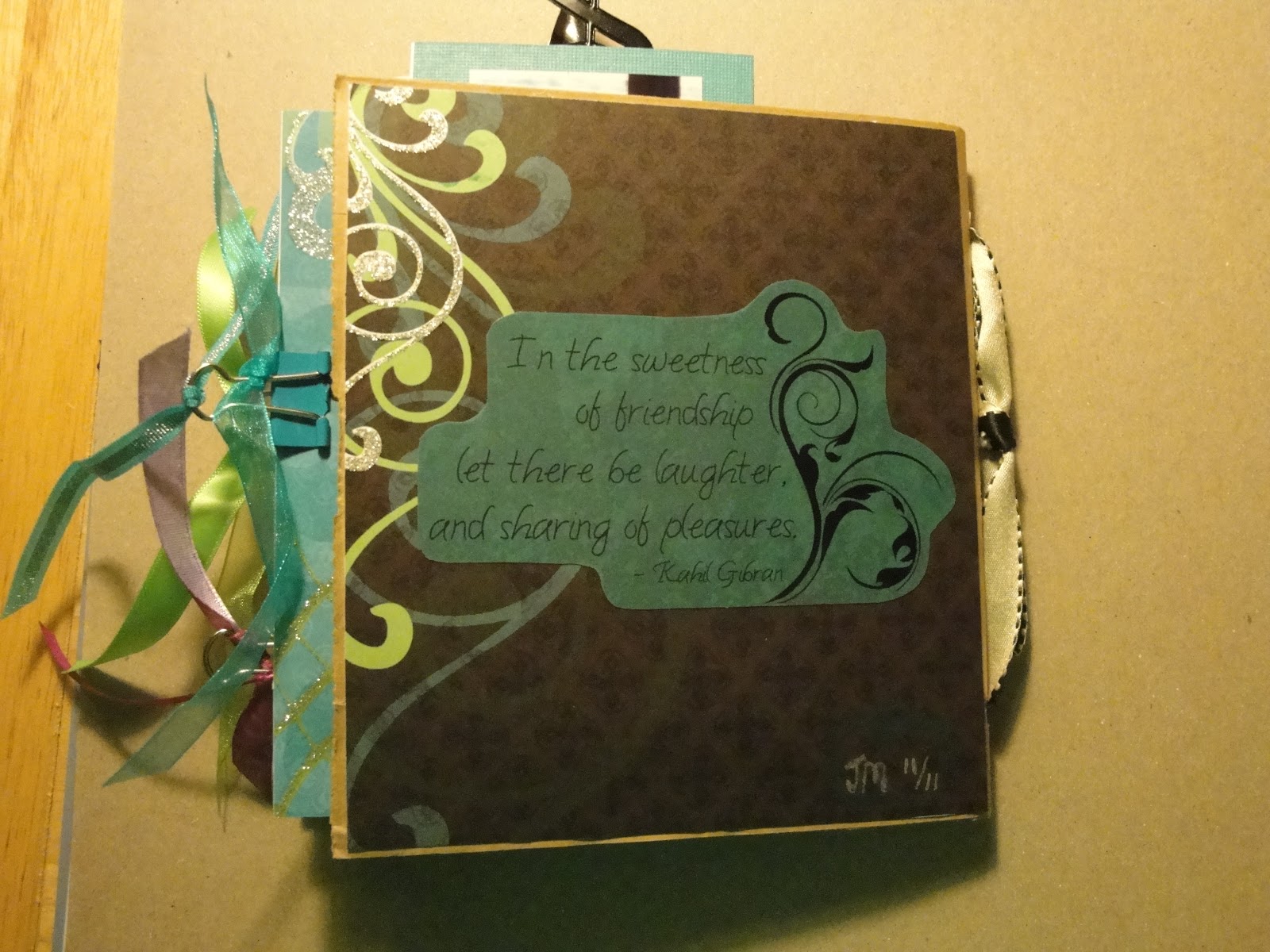 Another thing I did was to make a scrapbook for another friend who was getting married.  She wanted to do something special for her mother so she brought me some of the things she made when she was little and as projects through grade school.

I added some embellishments and used a lot of her “art work” as the background pages. 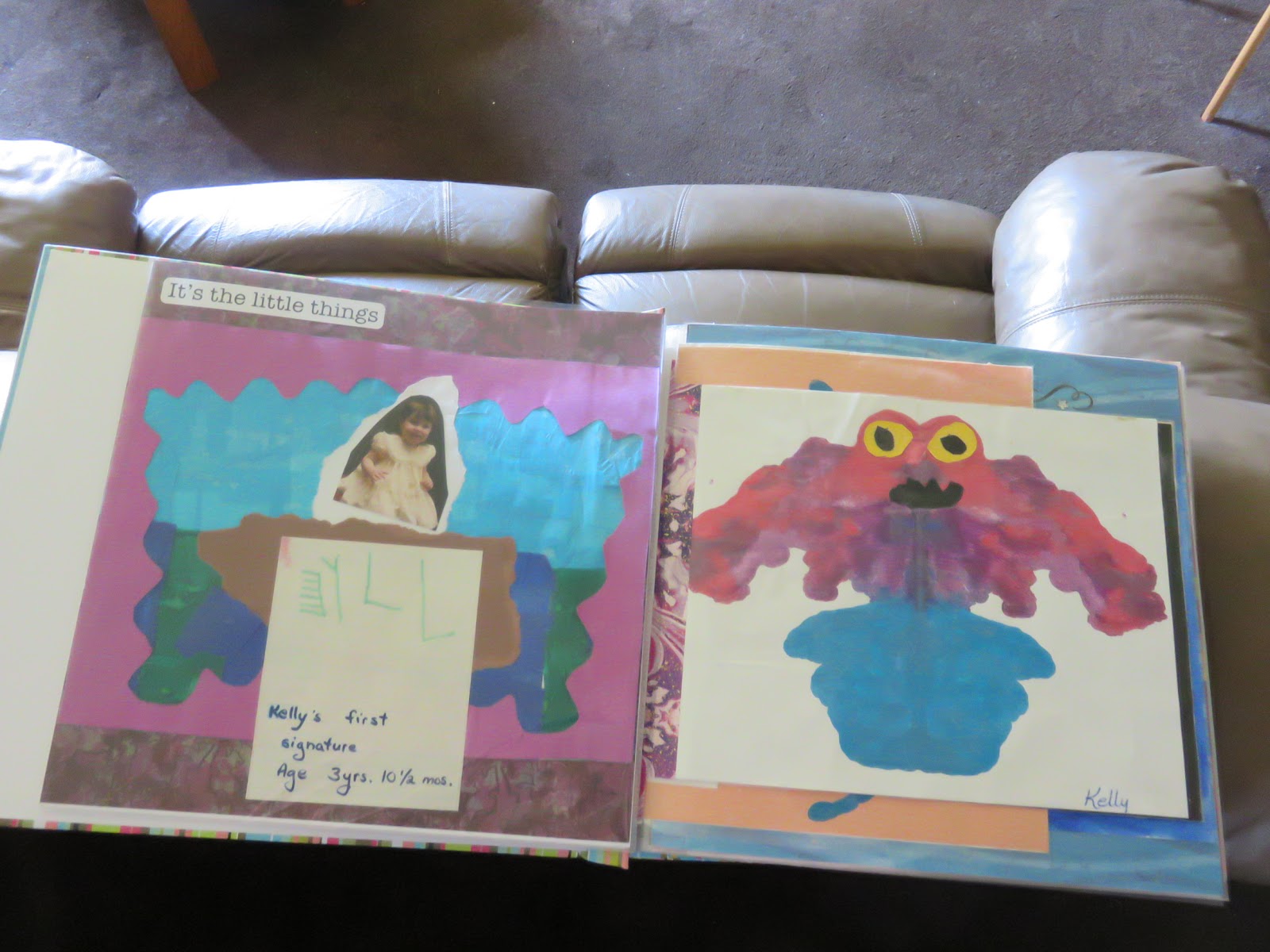 She said her mother cried when she gave it to her.  I love to hear that!

I have also made keepsakes for a baby’s first year.

It is using paper bags too and there are spots to put pictures and make notes of important things that happen during the month. 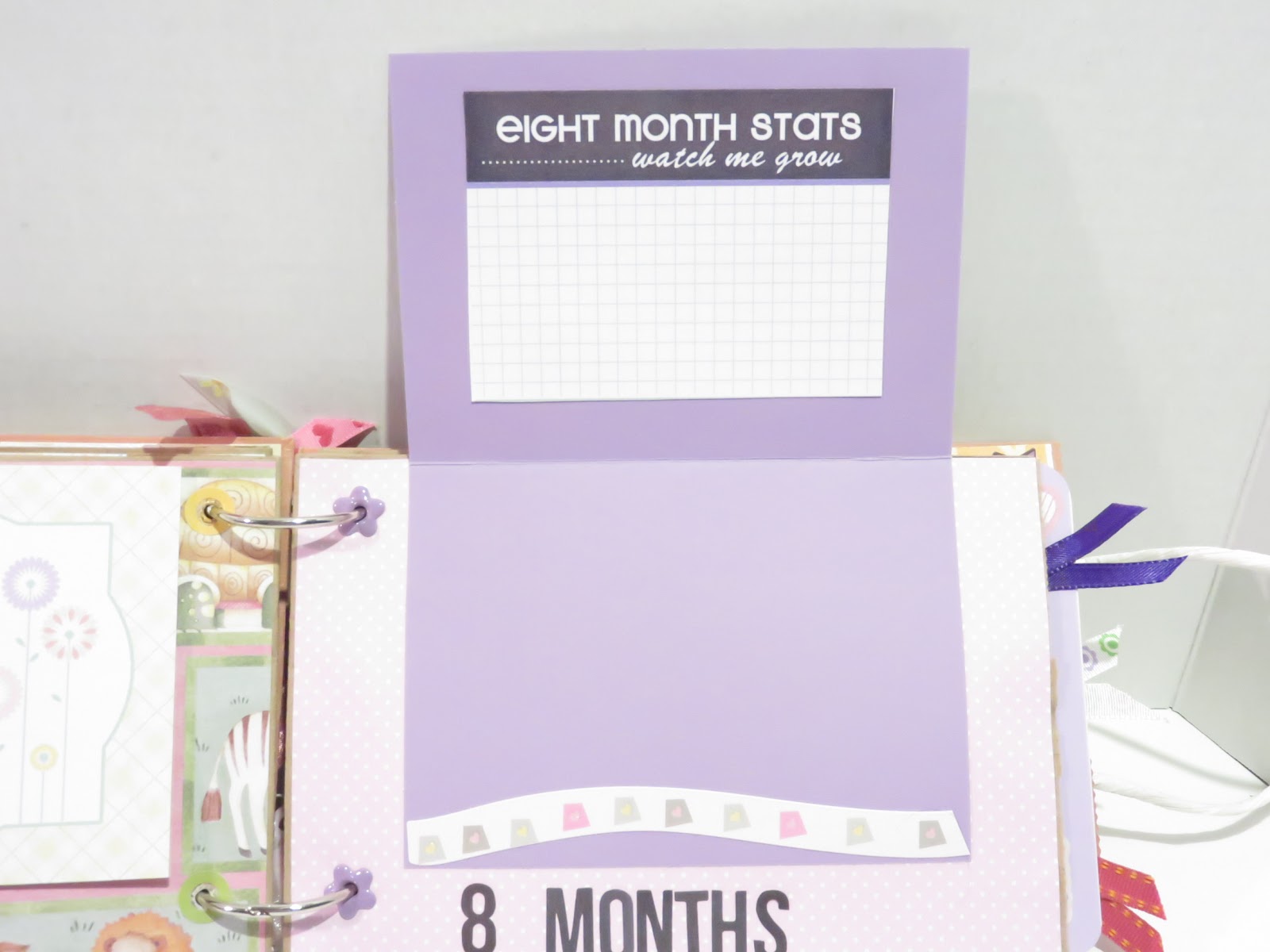 Again, they are not very big and don’t take up much space but they serve as mementos of the important things.
The most recent thing I made was a birthday card/mini-album for a woman who came by my booth at the Holiday Boutique.  She wanted a special memento for her son so I came up with this:

There is room for pictures and special notes. 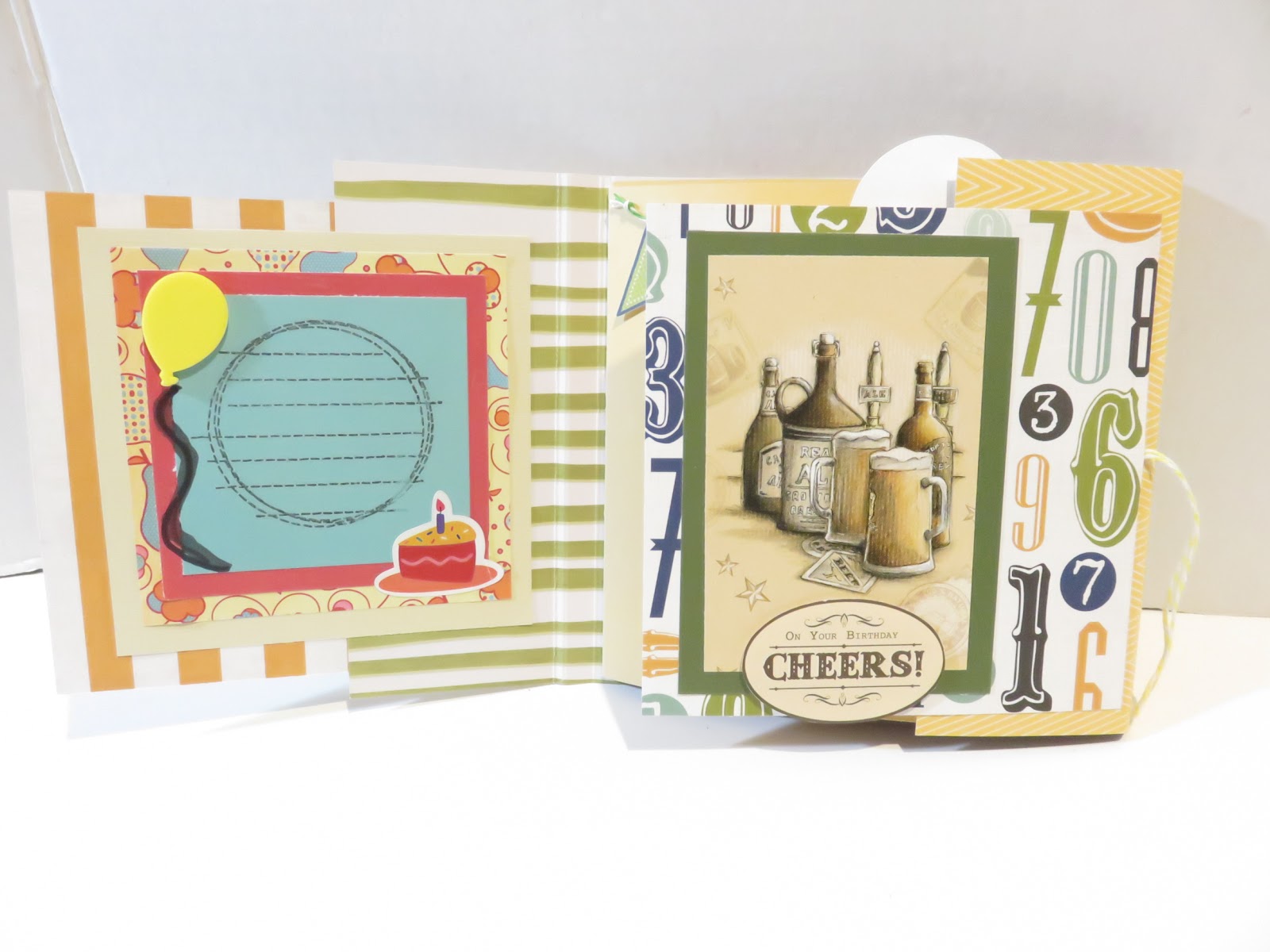 It keeps opening up to about 2 feet when it is fully open. 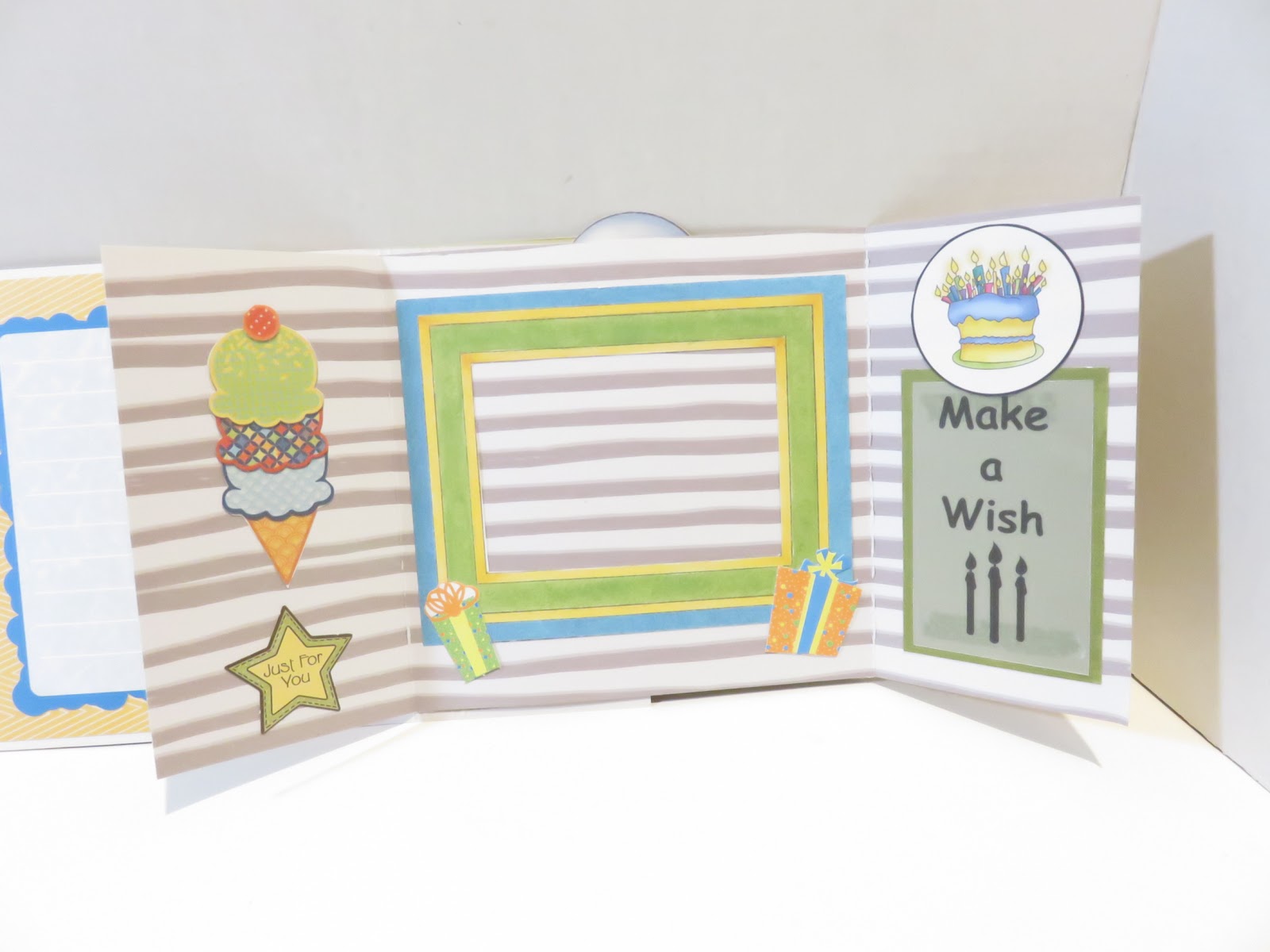 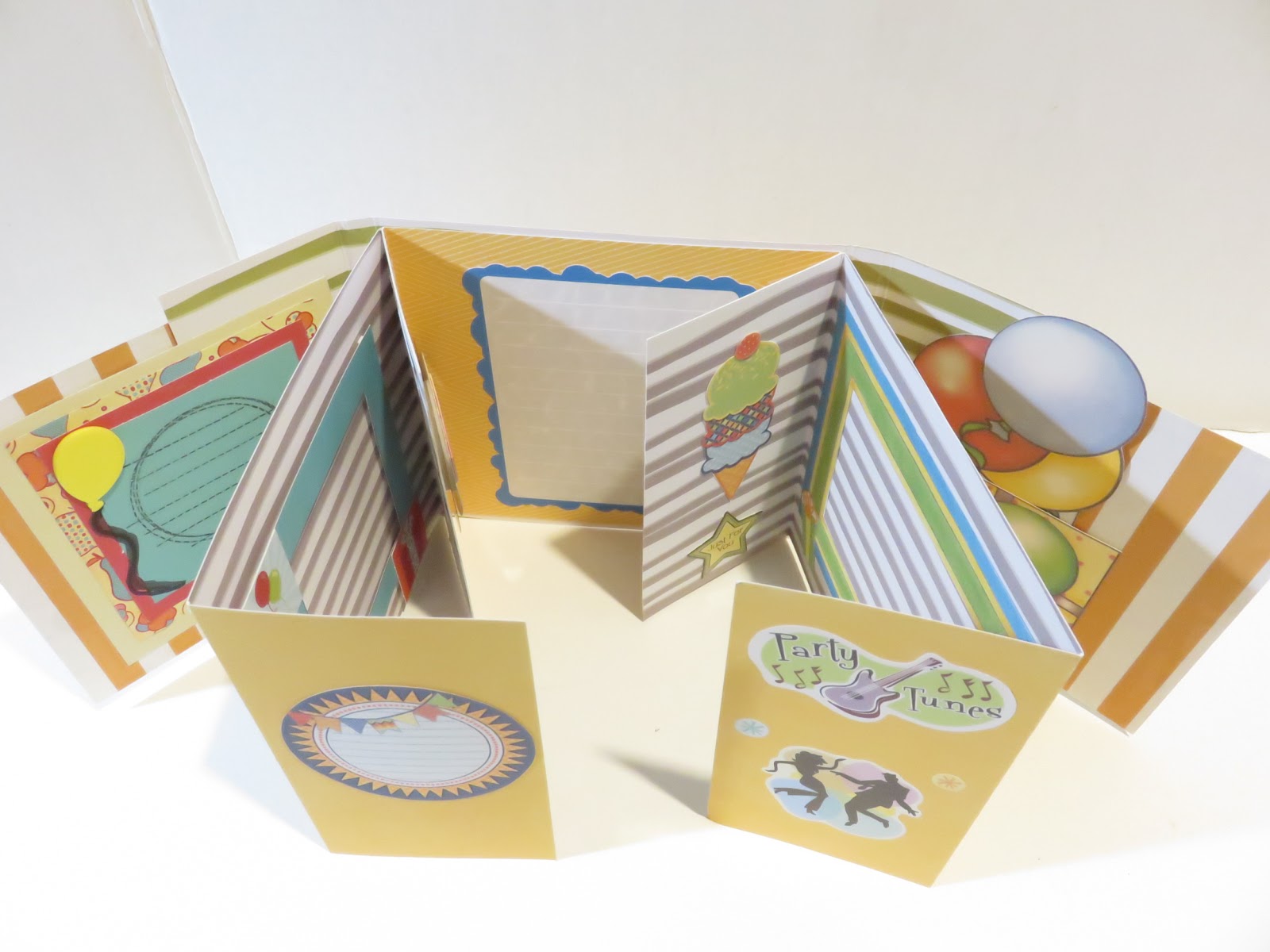 I’m pretty sure you can’t get something like that at the dollar store and hopefully it will let her son know how much she cares about him.
I’ve mentioned the shed that we are going to be putting up in our backyard for my craft room and I am going to use one of the “Happy Albums” from Creative Memories to document the process.

It has an undated calendar and there are some extra pages I am getting for the pictures I take as we are under construction.  I think I’m going to add pictures from when we did the roof, siding and bathroom remodel too.  It will be my “house” memento keeper and I can document the changes we’ve made to the house since we bought it 22 years ago.  (Since we only started doing things to it in the last few years, it won’t be that thick – LOL).

What did you think of my little projects?  Have any special things going on that you would like me to create a keepsake for you to remember it with?  In addition to my Etsy site, I am also a Creative Memories consultant so there are lots of ways I can help you with your mementos.
Hope you don’t mind the plugs, but if I don’t do it once in a while, you might never know how talented I am!   😂