I am not a fan of the spring forward time change and definitely don’t like it on my birthday!

Today’s prompt for the #SLS is animal – thanks Jim – and I’m going with the song “Raised By Wolves” by U2.  This was on the Songs of Innocence album which was released by Apple for free to everyone who had iTunes.  I remember at the time there was some controversy about this because there were people who said they didn’t like U2 and didn’t want to be “forced” to listen to it or have it take up space on their devices or whatever.  For me, while I have liked a few U2 songs, I’m not a big fan but I took a listen since it was free and I really liked some of the songs.  This is one of them.

This is a pretty cool video.

We haven’t seen U2 in concert but I hear they put on a spectacular show.

And that’s your Song Lyric Sunday for March 10.  I’m hoping to get some more things moved into the new studio today.  Hopefully the rain will stay away for a while. 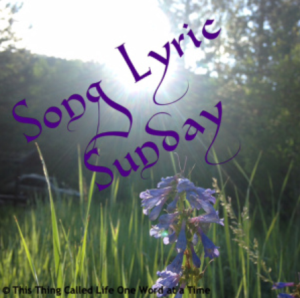