It seems I haven’t done a post about the 2019 Reading Challenge since January and I’ve read quite a few books already, considering I usually only read at night before falling asleep.  Here’s what’s been accomplished so far:

All of the books listed in that January post have been read.

Not Dead Yet by Phil Collins –  This was an interesting read about Phil Collins.  Of course I knew about him but I didn’t realize how much work he actually did.  I also didn’t know much about Genesis with Peter Gabriel in the band and reading about it here prompted me to visit YouTube to check it out.  He (Peter) was definitely different!  Having seen Phil Collins last year with his son playing the drums, the title of the book is very appropriate.  He has slowed considerably but he is truly Not Dead Yet.

The Sisterhood of the Traveling Pants by Ann Brashares –  Cute story.  I have not seen the movie and maybe I will check it out.  I have the sequel on my shelf.

The Nutcracker by Alexandre Dumas – I don’t know what I was expecting with this but it didn’t do much for me really.  I’ve never seen the ballet performance so maybe that would have helped.

Make Take Murder by Joanna Campbell Slan – Scrapbooking and murder mystery in one!  Can’t go wrong with that formula.  I’ll be looking for more of hers to read for sure.

To Kill a Mockingbird by Harper Lee – Classic.  I think I need to watch the movie.  I’ve never seen the whole thing.

Angela’s Ashes by Frank McCourt – I just finished this one and I don’t know why but I thought it had something to do with the Holocaust.  Nothing at all to do with that but still a story of a poor Irish family going through some real hardships.  The way Mr. McCourt told the story though actually made me laugh out loud, which hasn’t happened in a long time. 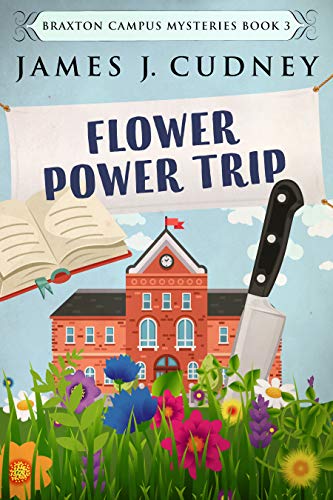 I’ve just started the third book in the Braxton Campus Mystery Series, Flower Power Trip by James J. Cudney.  I’ve read the first two and they were terrific.  I expect this one to be just as good.  You can get it for .99 cents on Kindle from now until May 14th.  You won’t be disappointed.

Also read this year so far were:

Still Alice by Lisa Genova – I saw the movie and the book was just as good.  Scary real.

The Martian by Andy Weir – There were some differences between the book and the movie but I enjoyed it.  I found myself picturing Matt Damon throughout the read.

The Hating Game by Sally Thorne – My daughter introduced me to this book because I was looking for something to fit the PopSugar category of “a book with a wedding.”  Interestingly, this book has a few steamy romantic scenes and as a mom it was a bit weird knowing my daughter read these, even though she is 22 now!

The Hidden Staircase by Carolyn Keene – I re-read this to fill my “book being made into a movie in 2019” but it doesn’t really take much for me to read a Nancy Drew story.  She was my first introduction to the mystery story genre and I’ll always love her.  I didn’t realize until recently that there really is no Carolyn Keene and that there were actually several different people who wrote Nancy Drew Mysteries.

Wildflower by Drew Barrymore – This was not exactly a “tell-all” in the normal sense of biographical novels.  I was mildly disappointed.

The Little Old Lady Who Broke All the Rules by Catharina Ingelman-Sundberg – The premise of this sounded really funny – old people who feel that prisoners get treated better in jail than they did in their nursing home so they hatch a plan to get arrested so that they can go to jail.  It wasn’t quite as funny as I thought but I could see how someone could take this and make it into a great movie…think Helen Mirren, Alan Arkin, Morgan Freeman, etc.

Choked Up by Janey Mack – I didn’t really care for this mystery writer’s style.  The story was okay but I had trouble reading it.  Can’t explain it, just wasn’t the greatest.

Northanger Abbey by Jane Austen – This was another one that was hard for me to read.  I think it had to do with the fact that the copy I read was annotated so there were a lot of numbers and symbols next to the words so that you could look up in the back what the references were.  If I did that it would have taken months to read.  I think I got the gist of the story without them.

My daughter and I have been to two of the local library’s book sales where you can fill a bag of books for $7.  I’ve managed to pick up quite a few gems there that are now filling my shelves!  My next project is to go through and list all the books I have to read.  It will make searching for something to fill the categories on the PopSugar Challenge a lot easier.

How about you?  Keeping up with your reading challenges?  Have some ideas for me?  I was a little surprised that I didn’t find more books during the A to Z to add to my list but maybe I wasn’t reading the right bloggers.  I’ll have to go back and check that out on the A to Z Road Trip which starts on May 20th.