I was really sad when Bob Seger had to cancel his tour a few years ago.  We had great seats at the Oracle Arena in Oakland to see him but of course his health is more important.  We thought that he might reschedule the tour when he was better and he did in fact do that but unfortunately he did not make Oakland one of his stops.  It was either two hours north of us in Sacramento or three hours south to Fresno.  Neither were good options for us.

Then I saw he had added a stop in Mountain View at the Shoreline Amphitheater.  I got so excited.  When I looked at the date of the show I was disappointed again because it was while we were down in Boulder Creek for the golf tournament.  For a brief second I thought about getting tickets anyway but I realized that it wouldn’t really be a smart thing to do.  Since this is being billed as his Final Tour, I guess I’ll have to be thankful that we did get to see him twice.

The first time was in Oakland and that was a momentous occasion not only for the concert but also because I got to meet Ross Valory of Journey!  He was there seeing the show as well and we saw him in the stadium club before the show.  He was very nice and came over to talk to us when my husband went to ask him for an autograph and told him I was too shy to ask.  Wish I had been having a better hair day but it was raining that night and we got soaked.

I did manage to get some good pictures. 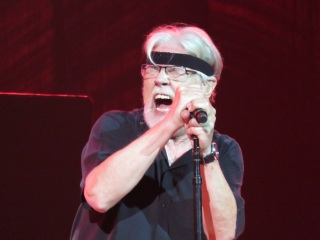 The sax player’s name is Alto Reed.  I can’t get over how big this instrument is. 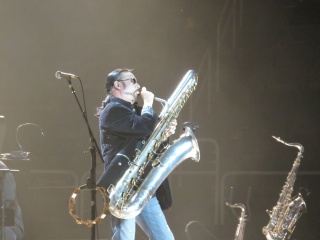 Absolutely love the beginning to Turn The Page.

Some scrapbook pages I made from the second time we saw him down in San Jose.  It was the Ride Out tour.

Caught Hollywood Nights on video.  You realize I am not a professional videographer and I get caught up in the moment of the songs so no judging!

There are a lot of “Final” tours starting to happen and I think that’s why we go to so many concerts each year.  You never know when it really will be the final one (Tom Petty, Prince, etc.).

Hope you are enjoying these Rocktober Music Fest posts.  Make sure to stop by and see some of the other players.  Lots of good music floating around. 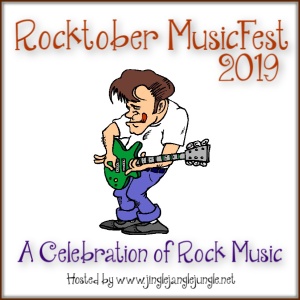