The premise of the A to Z Challenge is that you write a post with the corresponding letter of the alphabet in mind.  My theme for this year is to show the scrapbook pages I’ve made of bands we have seen.  In 2017 when I did the same theme, I used Genesis as my “G.”  We didn’t see any other “G” bands so I’m using the name of a song that starts with the letter “G,” – Get Ready by the Temptations.  I have another band that I want to use for “T.”

Turns out that I saw the Temptations for the first time at the Circle Star Theater in 1973!  That was a really interesting venue because the stage was a circle and it rotated during the performance.  I have no pictures from that time but I do have the program in my very old scrapbook. 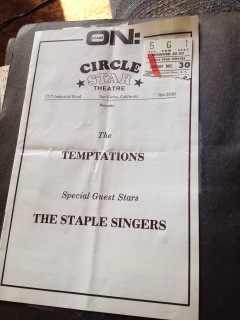 This time we saw them at the Mountain Winery – can you tell that is one of our favorite venues?  I decided to use this paper from Creative Memories that I’ve had in my stash for quite a while. 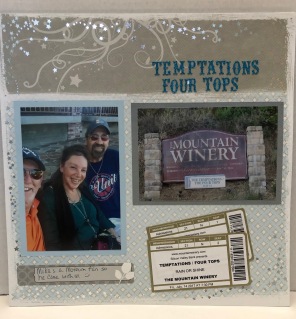 A friend of ours who is a big Temptation/Four Tops fan came with us.

I really didn’t do too much extra to these pages other than add some Dazzles stickers as accents.  The paper itself has a busy background. 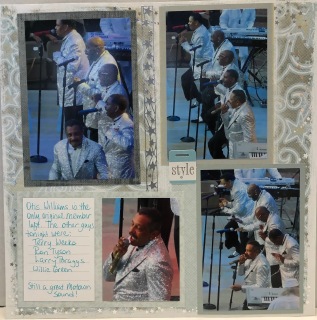 There is only one of the original Temptations left but it was hard to tell.  They were really good and had the crowd up on their feet dancing along.

I didn’t have a set list from that show but in general they sang their hits. 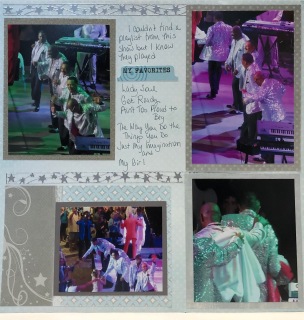 I thought it was cool the way they put their arms on each other’s shoulders as they left the stage. 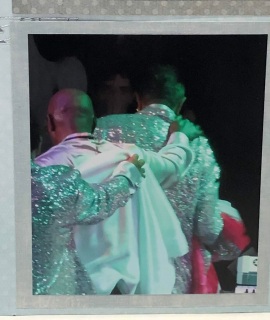 Here are the pages as they turned out for the album. 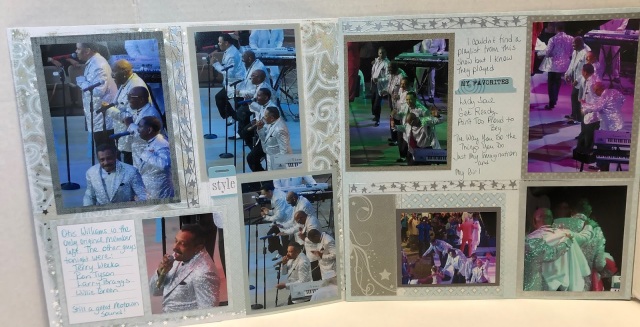 And a video of my favorite song, “Lady Soul.”

Hope you don’t mind the little trickery with the letter today.  In fact, I am going to do it with a couple of other letters too.  I’m calling it creative license.  See you tomorrow with “H.”

Business strategy for the creative entrepreneur.

With Love, Hope, and Perseverance