E is for Sir Elton John.  We were able to see him when he was doing the Face to Face Tour with Billy Joel.  Our original tickets were for November of 2009 but Elton John got sick and they had to cancel our part of the tour.  Fortunately they rescheduled the show so we saw them in February 2010. 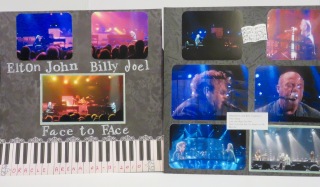 This was an interesting show in which both performers were on stage to start the show, then Billy Joel left and Elton did a solo spot.  He played hit after hit, but with very little interaction with the crowd. 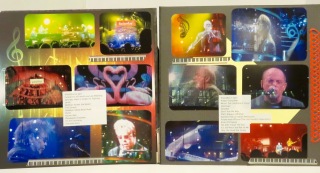 The big screen that they used was more like a series of lights so the pictures did not come out crisp and clear but that night it was impressive.

Without a significant break, Billy Joel then came out and did a set of his tunes.  He was more talkative and told some stories about the songs and joked about how long he’s been singing.

I wanted to add a music note to one of the pictures so I used the MISTI (Most Incredible Stamping Tool Invented) to help me get the placement right on the picture. 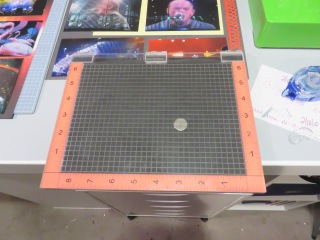 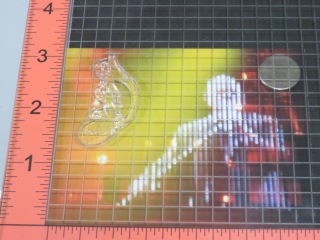 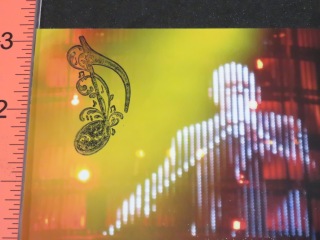 There are several versions of this handy tool out now but it really does make it easier to do stamping since you can stamp in the same spot more than once if it doesn’t come out as dark as you would like or if you want to stamp multiple things the same way such as invitations or Christmas cards.

Finally, Elton John came back out and the two of them did the finale together.  Piano Man was a perfect choice to end the concert with.  For this layout I used the overlays again.  They come with a plain white background but I changed the paper to a blue instead.   I think the piano keys work really well. 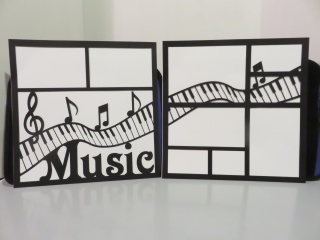 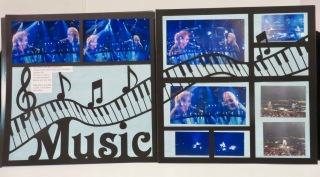 Rather than just focus on the performers, I tried to get the song images, like the ballerina in “Tiny Dancer,” and the Yellow Brick Road.  Funnily, when Billy Joel sang “We Didn’t Start the Fire” and the verse came up about “England’s got a new Queen,” a picture of Elton John was flashed.  There was a really good write up about the show by Jim Harrington of the San Jose Mercury, which I printed and added to the last pages. 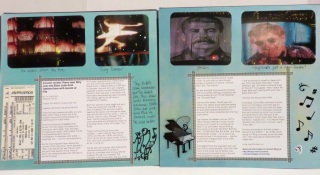 In 2012 I read that Billy Joel did not want to do the Face to Face tours anymore because he said it “restricted his set list.”  Sir Elton had another reason for not wanting to tour with Billy Joel, stating that he was drinking a little too much.  Last I read, though, they had “patched things up” and were friends again, although no touring together planned.

There is “E.”  Have you ever seen Sir Elton or Billy Joel?  Used a MISTI?  Love to hear comments! 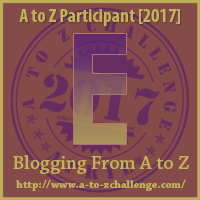 You can click over to the main A to Z Challenge page to see what other participants have come up with for this letter, and come back to see what F has for us!