The #SoCS prompt is Weigh/way/whey and the #SeeYouInSeptember is Spicy.  The way I am going to connect these things is like this:

I have been on many different “diets” as a way to lower the amount I weigh.  Some have been successful for a while.  At one point around the early 2000’s I lost 44 pounds and was down to 169 pounds.  That was using the Weight Watchers way.  Of course things happened – don’t ask me what because I don’t remember anything specific – but I do know that I got all the way back up to 238 pounds! 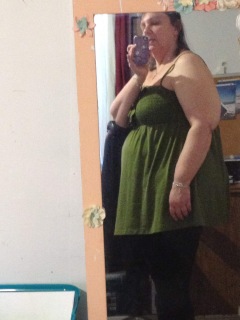 Far cry from this girl who, admittedly is quite a bit younger!

The next thing I tried was Hungry Girl program.  Again I lost about 40 pounds.  Why is it that I didn’t keep going?  Who knows.  I am an Italian and I love pasta?  I am a wife and need to feed my husband who doesn’t like low fat/sugar free foods?  Busy working so I call for take out?  All of the above!

Then my son worked the Keto lifestyle and lost about 30 pounds.  He suggested several times that I try it too but I was resistant.  It’s not a healthy way of eating…too much fat…I have diabetes I can’t have too many ketones in my urine…all excuses.  Finally, around my birthday in March this year, I decided that I’d had enough and it was time to get my act together so I investigated the Keto plan more thoroughly and found that it was actually not that bad and it might even help with my diabetes.  I had a basic set of lab tests done and checked with my doctor who said that each “diet” be it vegan, keto, WW or whatever, have their own proponents but in the end it really is just an individual thing and every body reacts differently.  She said that I should get repeat lab work in September to see where things stood.

I can say that so far I’ve lost 38 pounds since March and 54 pounds since my all time high of 238 (you do the math).  The last time I was at this weight was April of 2006.  I keep setting mini goals for myself and while I know that if I was even stricter with intermittent fasting I could lose it more rapidly, as long as I keep going in the downward direction I’m okay with it.  This is me today.  Excuse the messy hair and the glare from the light.  A bit different than the first picture, no? 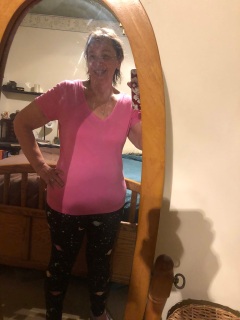 My daughter and I have tried many different recipes from the books we’ve gotten and online and most of them have been very good.  I am still not a fan of really spicy foods but I am using more spices in meals than I did before.  Mostly I like garlic and pesto but on fish I use dill.  We do also add some whey protein occasionally.

Well, I think I’ve put myself out there enough for now and gotten both prompts in so here’s the Pick One question:
Spicy or mild? 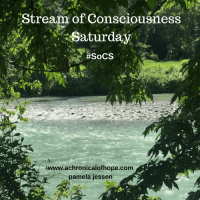